The Noun Project has been a long-time project aimed at designing a visual language using icons. The Noun Project website is a user driven project where people from around the world upload typographic symbols representing different ideas, concepts, places, etc.

In the absence of the default clipart feature that was discontinued by Microsoft, The Noun Project can be a good Microsoft clipart alternative for downloading and using icons for presentation slides. The Noun Project also has a PowerPoint add-in which can help you instantly search and insert symbols to your PowerPoint slides. 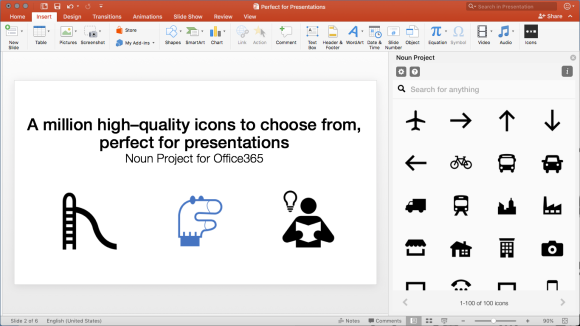 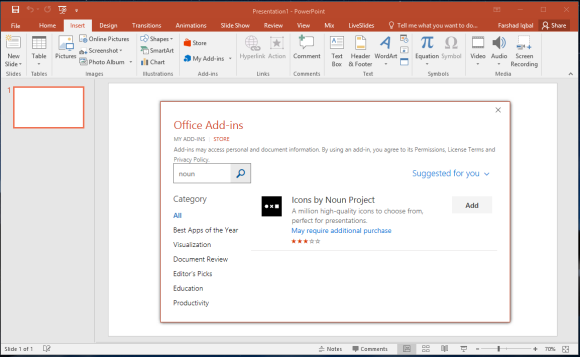 A Million icons to Choose From

Once the add-in is installed, you can search for symbols via the Noun Project pane. just select any symbol that you like, click on it and select Insert. This will add the symbol to your slide. Many symbols are free, however, some locked symbols require a premium account to be unlocked. 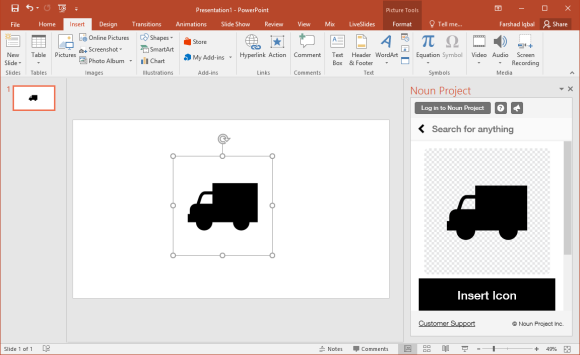 Inserted symbols can be resized and even recolored according to need. Using the available symbols you can design a plethora of slide layouts. 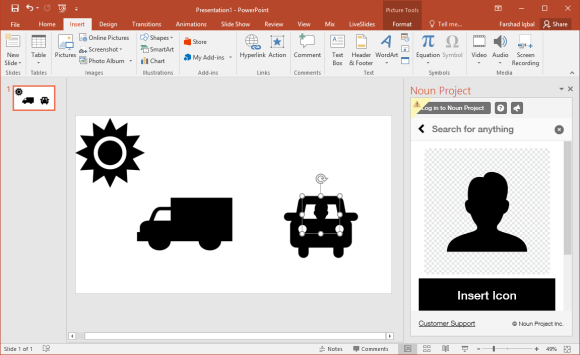 You can also install this add-in, especially for PowerPoint Online via the link given below.

Go to The Noun Project Add-in for PowerPoint