Smartphones have become quite common over the decade. Everyone uses a smartphone, be it a high-end smartphone or a budget phone with fewer features and hardware as good as a single core PC. In any case, smartphones have become a necessity for many people around the world. With this magnitude of mobile phone use, it is obvious that they are bound to show up in presentation slides due to one reason or the other. We have listed some interesting Free Smartphone PowerPoint Templates to help you discuss topics about smartphones and technology. 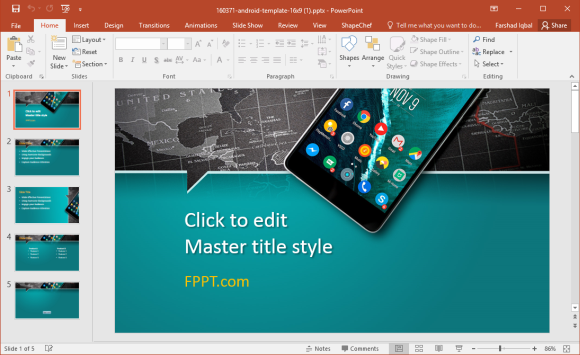 Smartphones didn’t get really smart until the iPhone was released. It revolutionized the mobile phone market and sales still remain strong nearly two decades after its initial release. This template depicts an iPhone across generic sample slides. You can customize the template to discuss smartphones, iPhones or just technology. 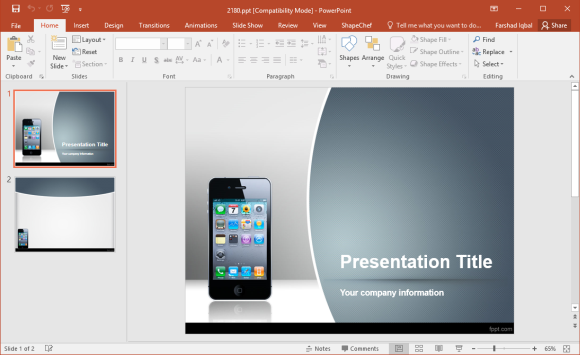 While Windows Phones aren’t as famous as Android or iPhone devices, they still make up of a small portion of the market share. This Windows Phone PowerPoint Template is meant to help presenters discuss the less talked about Windows Phones. Let’s not forget that Nokia is now owned by Microsoft, which has been using its hardware for Windows Phones like the Nokia Lumia range. 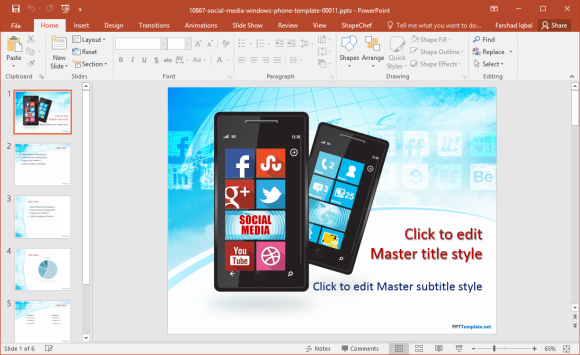 If you’re looking for a more generic slide deck about mobile technology, then this template is just what you need. It depicts a beautiful slide background illustrating a smartphone with a vibrant wallpaper depicted onscreen. 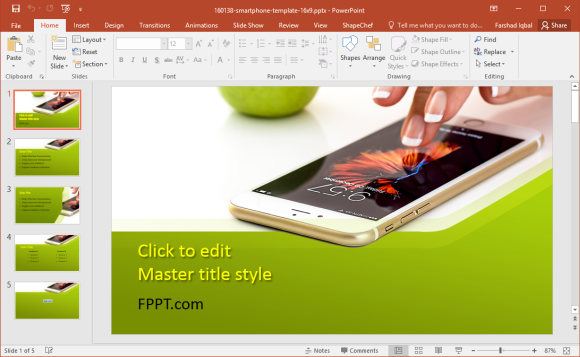 The Free Smartphone PowerPoint Templates mentioned above should be sufficient to help you design slide decks about smartphones, by adding slides with different smartphone operating systems and beautiful slide backgrounds.