Dictation is a web service where you can type in multiple languages using your voice. This Voice typing service allows you to select between  a number of languages such as English, Urdu, Hindi, Spanish, Italian, French, and many more. You can use Dictation for transcribing text to avoid straining your fingers, to be more proficient in transcribing text, for typing text for use in presentations and documents, to save your ideas as you think aloud, etc.

To begin voice typing, go to Dictation using Chrome. You can check out the various voice commands for different languages via the Voice Commands option or click Launch Dictation to begin transcribing text via your voice. 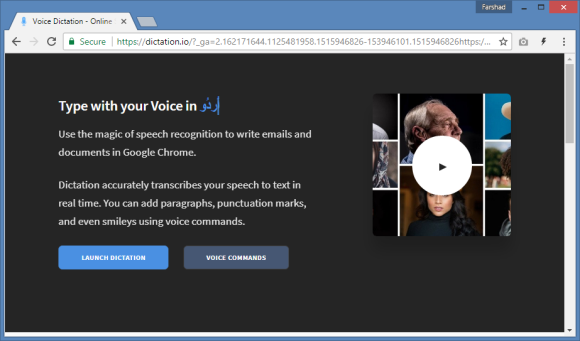 Once launched, you can begin transcribing text by click on the Mica icon or the Start button. This will enable your mic and anything you say will be converted instantly to text. 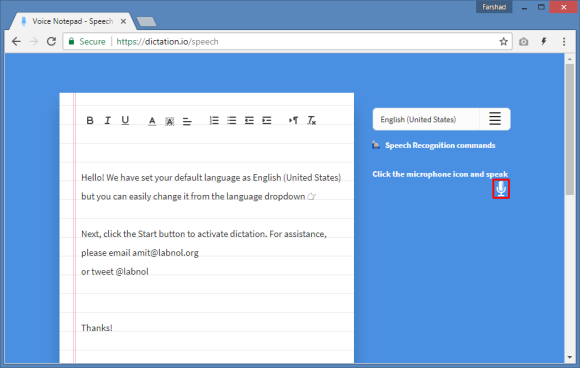 After you are done with transcribing text, you can save it offline as a plain text file. You can also publish it, share it on Twitter, play it to listen to your transcribed text, and email it. 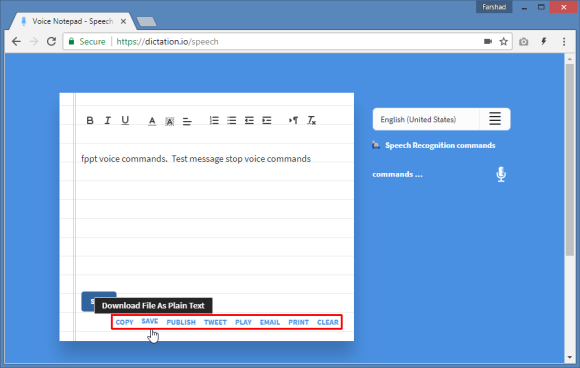 Here is a video by the developer which shows all the major features of the Dictation web app.

Dictation might require some getting used to to enable a user to accurately transcribe text. This is especially true if you don’t have a native English accent. However, Dictation can be a great resource for transcribing text, and avoiding strain on your fingers. Furthermore, it can also save you a lot of time in typing out large chunks of text and that too in multiple languages. As many people find it hard to type text in a language other than English, Dictation can also be a good resource for them to be more productive at their job by transcribing text in a language instead of typing it.